Crossroads mines our collection for stories that resonate today by highlighting the critical role of the artist in everyday life.

This complete reinstallation of our postwar and contemporary art galleries places the work of artists at the intersection of history and society. We’re also bringing dozens of rarely and never-before-shown works out of storage. Curator Eric Crosby finds pockets of depth, diversity, and eccentricities, organizing the galleries in a series of “chapters.”

Crossroads is organized by Eric Crosby, The Richard Armstrong Curator of Modern and Contemporary Art. 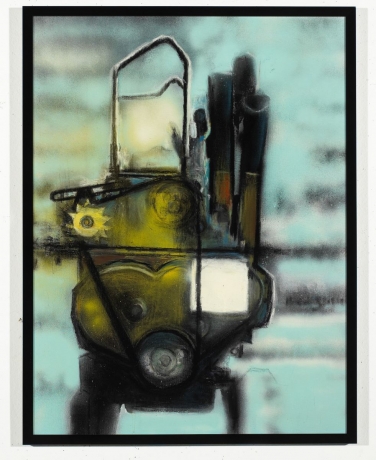 In 1961, Fortune magazine commissioned the Romanian-born, mid-20th-century artist Hedda Sterne to produce paintings that characterize her impressions of John Deere tractor parts. The magazine chose Sterne based on a body of work she completed in the 1950s that focused on the anthropomorphic qualities of machines.

Sterne visited the company’s factories in both Moline, Illinois and Waterloo, Iowa and became interested in the vital importance of valves, transmissions, and engine parts of the tractors. The seven paintings she made for the commission depict the gritty, staid, and isolated machine parts as a way to “understand not how they work, but how they are.” The paintings — made with paint brushes, oil sticks, and a spray gun — were illustrated in the July issue of Fortune that year, and purchased by John Deere for the company’s collection.

This exhibition features all seven paintings, which have never been shown together outside Moline, Illinois. A brochure accompanying the exhibition will feature an essay by Shaina Larrivee, the director of the Hedda Sterne Foundation. 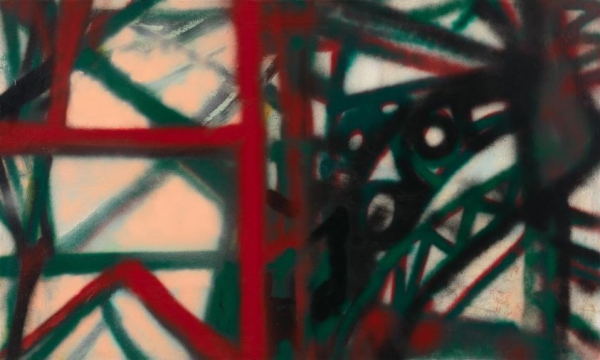 This exhibition of more than 120 works, drawn entirely from the Whitney’s collection, is inspired by the founding history of the Museum. The Whitney was established in 1930 by Gertrude Vanderbilt Whitney, a sculptor and patron, to champion the work of living American artists. Mrs. Whitney recognized both the importance of contemporary American art and the need to support the artists who made it. The collection she assembled foregrounded how artists uniquely reveal the complexity and beauty of American life.

The exhibition begins with a gallery devoted to selections from the Museum’s founding collection, followed by galleries that weave their way through major art historical movements and genres. Key achievements by individual figures, including Georgia O’Keeffe and Jacob Lawrence, are interspersed throughout the show. Icons of the collection such as Calder’s Circus and the work of Edward Hopper are featured as well as more recent acquisitions—in particular, Norman Lewis’s American Totem (1960), a painting made at the height of the civil rights movement by an under-appreciated protagonist in the story of Abstract Expressionism. Such additions demonstrate that the Whitney’s collection is a dynamic cultural resource that allows us to continually reframe the history of American life and artistic production. 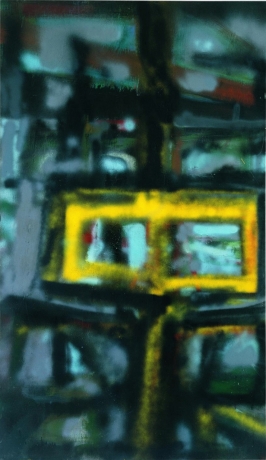 Emphatic: American Painting from the Collection

Through composition, subject matter, and paint application—along with such tools as an implied grid, arresting color, and brushwork— artists in the second half of the twentieth century engaged profoundly with the materiality of paint and its potential to convey both grandeur and intimacy. 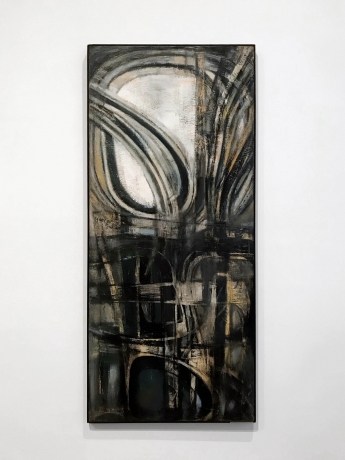 Epic Abstraction: Pollock to Herrera will begin in the 1940s and extend into the twenty-first century to explore large-scale abstract painting, sculpture, and assemblage through more than fifty works from The Met collection, a selection of loans, and promised gifts and new acquisitions. Iconic works from The Met collection, such as Jackson Pollock's classic "drip" painting Autumn Rhythm (1950) and Louise Nevelson's monumental Mrs. N's Palace (1964–77), will be shown in conversation with works by international artists, such as Japanese painter Kazuo Shiraga and the Hungarian artist Ilona Keserü. The exhibition will be punctuated with special loans of major works by Helen Frankenthaler, Carmen Herrera, Shiraga, Joan Snyder, and Cy Twombly.

In the wake of unprecedented destruction and loss of life during World War II, many painters and sculptors working in the 1940s grew to believe that traditional easel painting and figurative sculpture no longer adequately conveyed the human condition. In this context, numerous artists, including Barnett Newman, Pollock, and others associated with the so-called New York School, were convinced that abstract styles—often on a large scale—most meaningfully evoked contemporary states of being. Many of the artists represented in Epic Abstraction worked in large formats not only to explore aesthetic elements of line, color, shape, and texture but also to activate scale's metaphoric potential to evoke expansive—"epic"—ideas and subjects, including time, history, nature, the body, and existential concerns of the self.