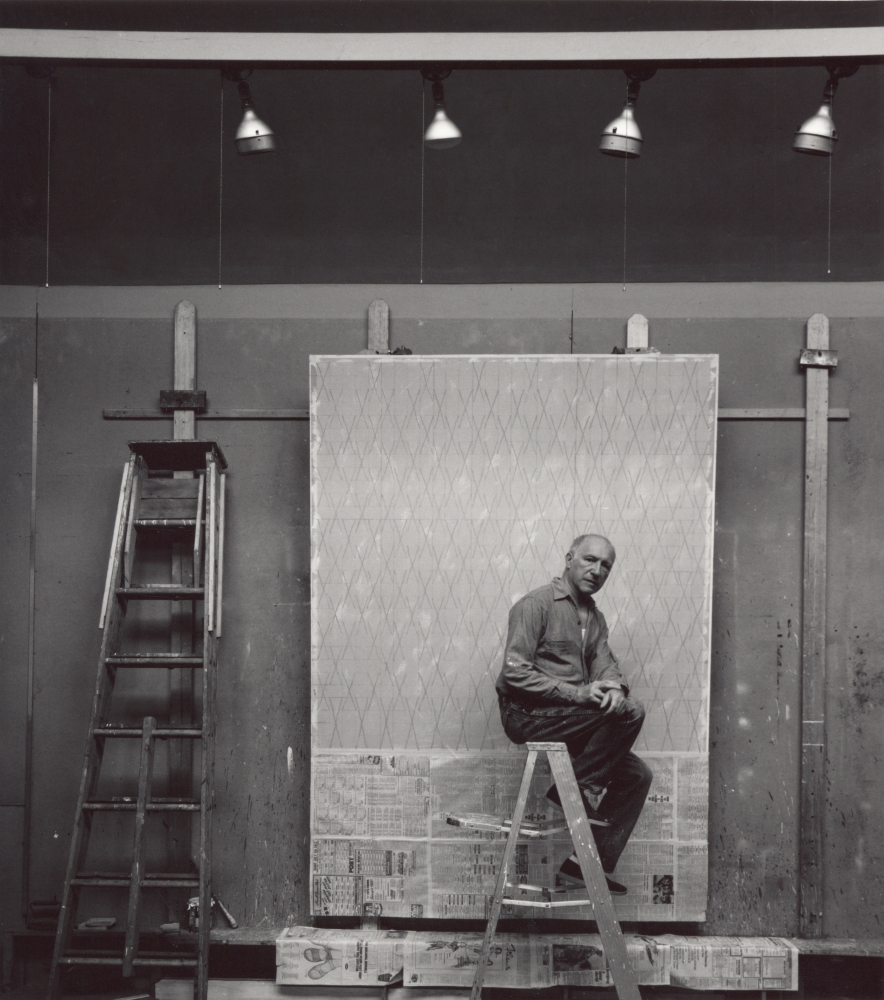 Van Doren Waxter is pleased to announce exclusive representation of the Estate of Jack Tworkov. An artist at the forefront of American painting for seven decades, Jack Tworkov (1900-1982) forged a disciplined aesthetic through techniques, transitions, and variations on compositions that score an artistic career which continues today to be avidly discussed and celebrated—the one constant being Tworkov’s gestural “mark.”

Van Doren Waxter will debut the gallery’s new online private viewing space with a signature painting in Tworkov’s oeuvre, Ending (1967-72). This painting that has not been exhibited nor offered publicly since 1991. The gallery aims to cultivate broader national and international audiences for Tworkov’s art and ideas, while advancing scholarship focused on the artist’s life and work. The announcement follows the artist’s inclusion in Epic Abstraction (2019-2020) at The Metropolitan Museum of Art, Artistic License (2019) at the Solomon R. Guggenheim Museum, and Pollock e la Scuola di New York (2018) at the Complesso del Vittoriano, Rome, Italy.

An émigré to America from Russian occupied Poland in 1913, Jack Tworkov found refuge in Greenwich Village.  His intellect and commitment to abstraction established him as a member of the post-war avant-garde and charter member of the intellectual Eighth Street Club.  His was a long search for an abstract, painterly “mark’’ motived by his own conflict with self-portrayal in painting. This reflection fueled a full vigorous embrace and thrust the began in the 1940s, 1950s and 1960s, and grew more reductive, meditative, and analytic mark by the 1970s and 1980s.

“We are honored to be entrusted with the work of Jack Tworkov, who was devoted to painting,” said Dorsey Waxter who knew the artist in his lifetime, worked with the artist’s estate while at the André Emmerich Gallery, and recently highlighted Trace (1966), an historically significant, gestural canvas at Frieze Masters London (2019).  “Tworkov was endlessly experimental and never content with a ‘style’.  There is a renewal of interest in the artist, and we look forward to revealing the range and fullness of his compelling oeuvre.”

“This is an exciting moment for the Estate to align itself with Van Doren Waxter’s distinguished and committed engagement with American abstraction,” says Jason Andrew, who has been at the helm of the Estate since 2004, “There are many facets of Tworkov’s long career that have yet to be explored, and I can’t imagine a more dynamic partner in this exploration.”

Jack Tworkov’s life work was the subject of the first ever-online catalogue raisonné project launch in 2009.  Edited by Jason Andrew for the Estate of Jack Tworkov and designed in collaboration with PanOpticon, this project continues to be a valuable resource promoting the legacy of the artist.

To learn more about the artist visit: www.jacktworkov.org

Portrait of Jack Tworkov in front of his painting P73 #3 (in progress), Provincetown, 1973.