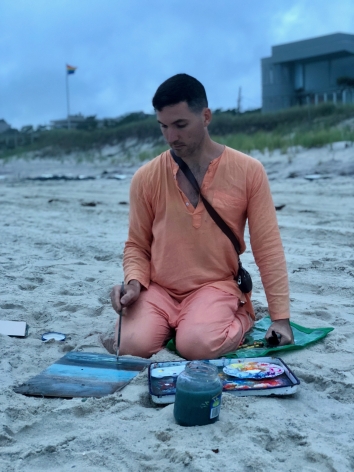 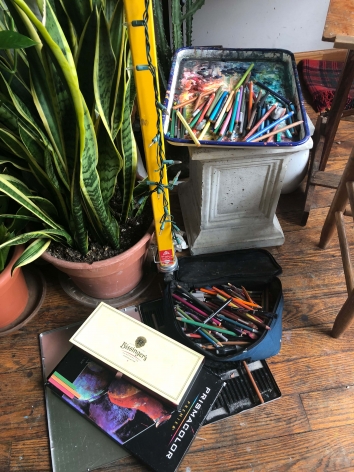 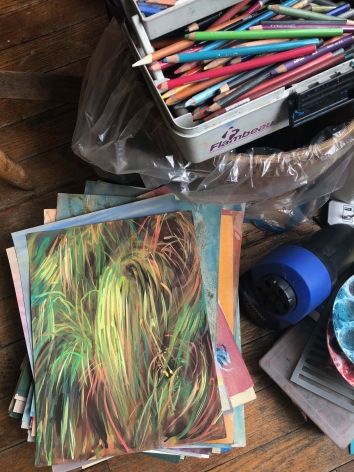 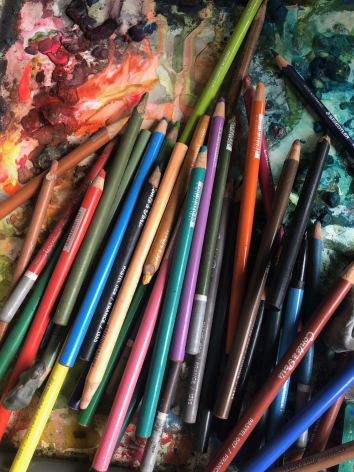 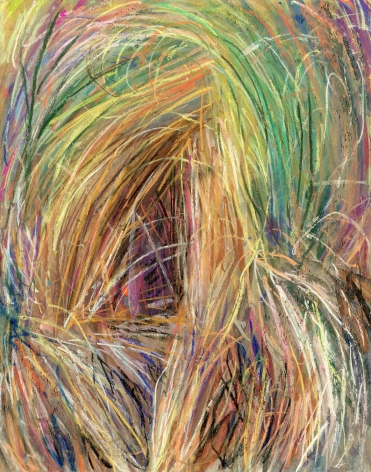 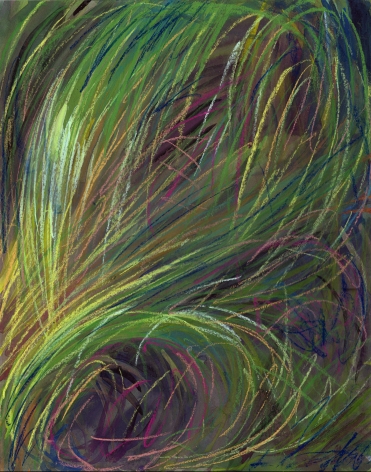 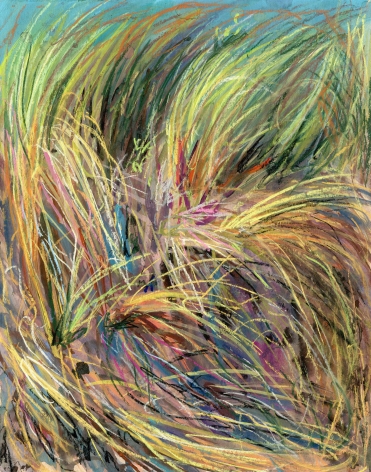 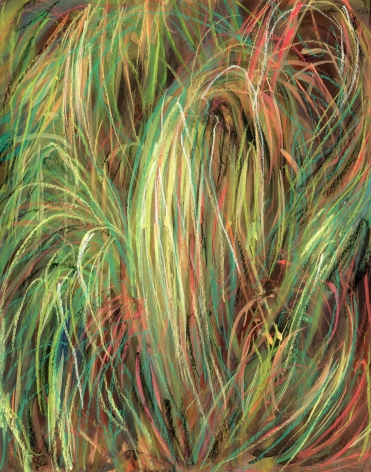 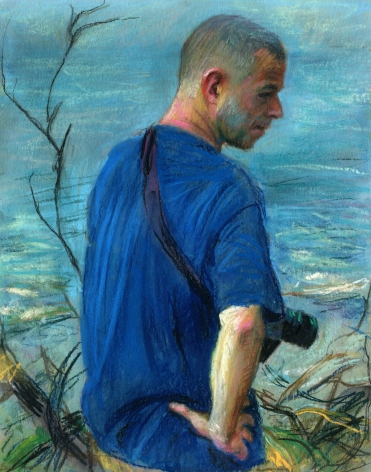 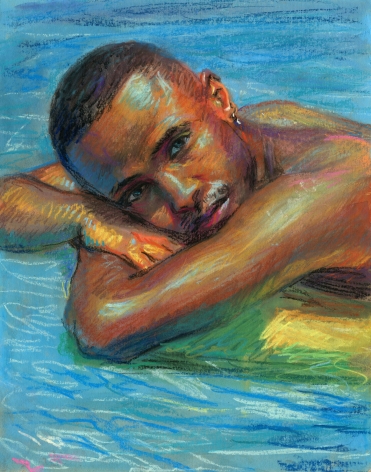 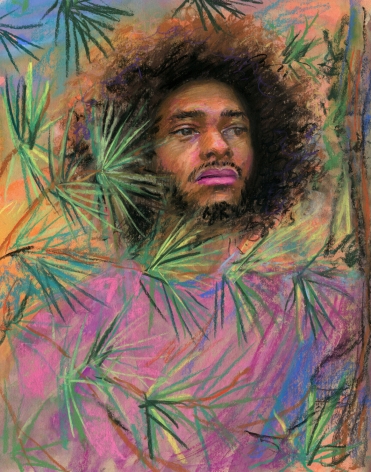 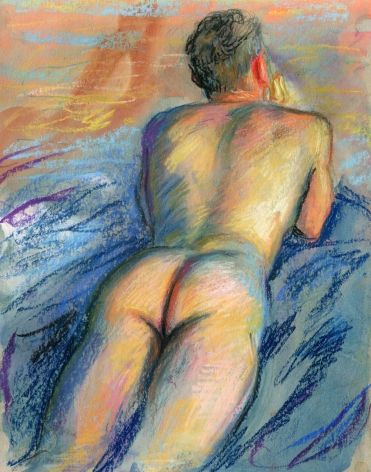 Van Doren Waxter is pleased to present a special online presentation of recent works by Brooklyn-based artist TM Davy (b. 1980). The presentation consists of ten intimately scaled 14 x 11 inch pastel and gouache drawings produced last summer on Fire Island, where the artist spends considerable time with his husband and amongst close friends—many of whom are fellow artists who, like Davy, also find the island a source of artistic inspiration. Many of these artists become subjects themselves in Davy’s work, such as photographer Wolfgang Tillmans, featured in Wolfgang at The Bay Side, and painter Doron Langberg, who appears in Doron Looking at The Ocean.

The ten works in this presentation are from the same series recently featured in TM Davy’s recent solo-exhibition at Van Doren Waxter, This Marram (2019), which takes its name from the deep-rooted grass that can be found scattered throughout the island’s sandy dunes and beaches—a vital part of the island’s ecosystem and symbolic of the close bonds that tie the island’s community of artists and writers together. The grass itself is featured in several drawings, rendered in various shades of green, yellow, purple and blue—a testament to Davy’s unique ability to capture the colorfulness of life in his subject matter. Davy’s vivid portraits and landscapes are drawn in the plein air style using a loose gestural approach, imbuing them with a quality of impermanence. They capture the fleetingness of a single moment—grass rustling in the wind, a face emerging from the pines or a figure sprawled out on the beach before the waves, deep in contemplation.

As a whole, Davy’s work transports us into a transient world of queer intimacy and freedom that seems born from the very landscape of the island itself. The bond between human and nature becomes as strong as the physical and emotional bonds between lovers. In Davy’s drawings, the body and the landscape become inseparable. Altogether, these works speak to Davy’s undying devotion to revealing the beauty found in the intricacies of the natural world and capturing the spirit of those closest to him.

TM Davy’s recent exhibition with Van Doren Waxter, This Marram (2019), was featured and reviewed by publications such as Artforum, Frieze, The New Yorker and Gayletter, among others.