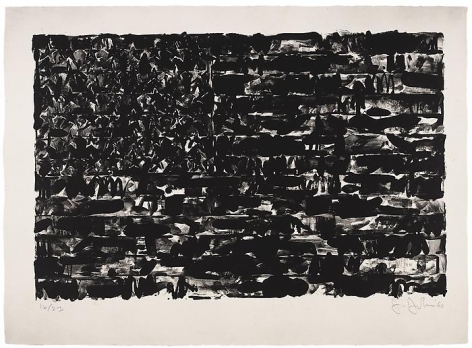 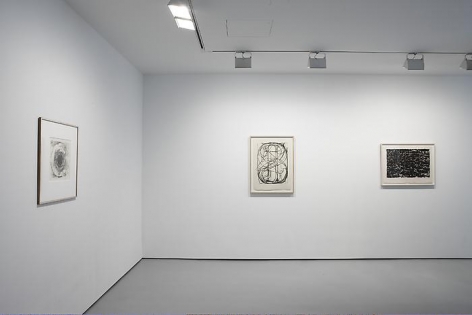 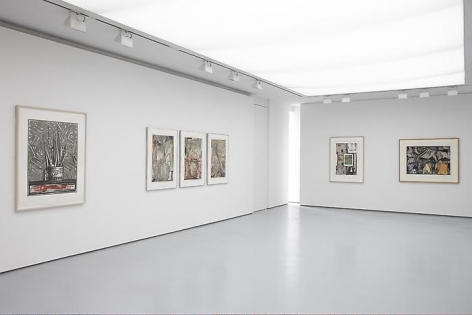 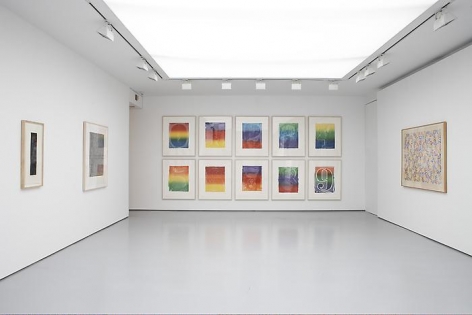 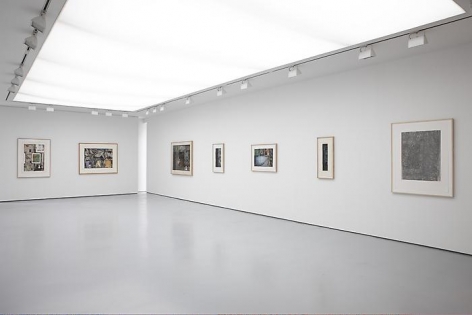 Greenberg Van Doren Gallery is pleased to present a solo exhibition of screenprint,
carborundum, intaglio and lithograph prints by American painter Jasper Johns (1930- ). The show is on view from February 11 - March 14, 2009.

Prints were influential in Johns' career because they allowed him to easily capitalize on his tendency towards repetition and slight alteration. Johns varied specific themes through the use of color or its removal, printing with different techniques and mediums, and the addition of new lines and texture. Thus, we can see the progression of characteristic Johns motifs - the flag, the target, the numerals - in his prints.

The exhibition features 25 prints, including a series of 10 colored numerals, that span a period of five decades. The works were published with Universal Limited Art Editions and Gemini G.E.L. The prints demonstrate Johns' structure and depersonalization; they are contained and offer little hint of the artist himself. "0 through 9" a black and white lithograph from 1960 demonstrates Johns' use of disguises and structure - each number is hidden and covered by another. In the "Color Numeral Series" (1969) another version of the numerals, Johns inserts himself into the image and alludes to other artists, as seen in "7" with his handprint and an image of the Mona Lisa. Johns also creates rules for his works - the red in the top third of the lithograph of "0" moves to the middle of "1" and to the bottom of the print in "2." "Corpse and Mirror," a primary colored cross-hatched lithograph from 1976 speaks to "Within," a mostly gray intaglio print from 2007. Though still cross-hatched, 30 years later Johns has drained the print of color and the cross-hatching recedes behind the stones. As in his celebrated paintings, Johns gives life to everyday imagery and adds new structure, details and variation with which to view these images.